It’s the UKGames Expo 2018 soon, and as always this time of year I can’t wait. It’s the oasis of calm within exam season, and by oasis of calm I mean even more frenetic bargain hunting, demo playing run-around-as-many-stalls-as-you-can chaos. Love it. This year I’ve actually looked ahead to avoid the headless chicken approach, and thanks to this geeklist on BGG:  https://boardgamegeek.com/geeklist/240841/uk-games-expo-2018 I’ve found a number of things which interest me.

So, in no particular order!

As much as I like chocolate, theme wouldn’t swing me to a game, but this apparently has “a physical conveyer belt mechanic and wooden chocolate pieces! Although still at an early stage of graphical and art development, the game is a great blend of physical tactile pieces and euro mechanics.” I love the idea of a conveyor belt style logistics game with tactile pieces, so I’m intrigued to see what this is all about. 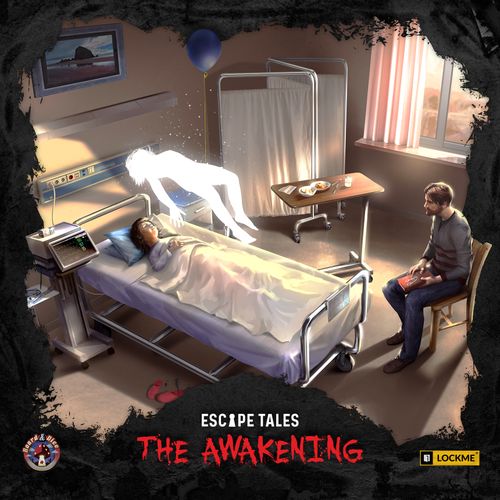 I’m a sucker for escape room games, and I’ve been saying (and prototyping) for a while that Escape Room games shouldn’t mean no theme or story, but in fact should be smashing them. Again, only heard of this from the publisher, but I want to see what they’ve got.

Holding On: The Troubled Life of Billy Kerr 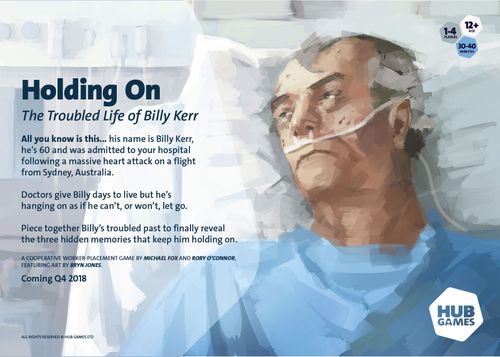 “All you know is this: His name is Billy Kerr, he’s 60, and he was admitted to your hospital following a massive heart attack on a flight from Sydney, Australia. Doctors give Billy days to live, but he’s hanging on as if he can’t, or won’t, let go.

Piece together Billy’s troubled past to finally reveal the three hidden memories that keep him holding on. Holding On: The Troubled Life of Billy Kerr is a co-operative worker placement game featuring a compelling storyline that will be revealed as you play time and time again, but also allows players to replay all previous scenarios to learn more and improve upon past attempts.”

Really excited about this, a worker placement story game lives and dies by its story, but I have faith here. Not only that, but it sounds so refreshing, and I’d love to see boardgaming story telling mature into non-traditional realms. Super excited to play this. 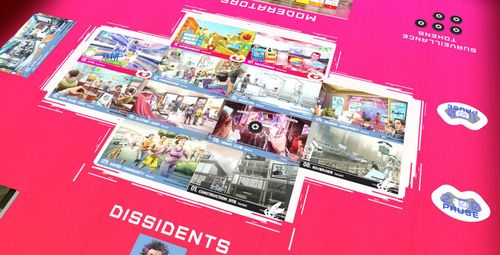 “Newspeak is a tense game of dystopian subversion in which you take the role of either the ‘dissidents’ or the ‘moderators’ in a mind-bending battle of wits to determine the reality around you.

Will you challenge the status quo and shatter your fragile reality or seek to protect the safety of what you know?”

Apologies for the shilling, but if you haven’t had a chance to play this yet you’ll be able to at the Expo! Fantastic new setups to help ease players into it at a gentler pace, come along and give it a crack. Code making and breaking with hilarity and some really beautiful artwork. 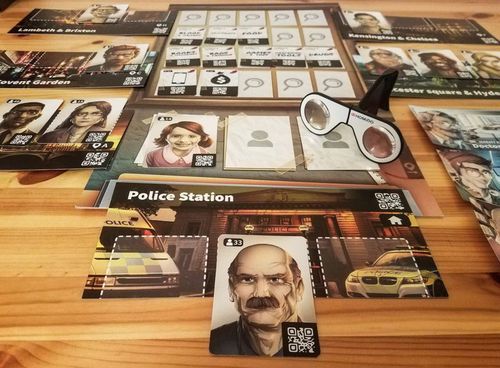 I purposefully didn’t join the Kickstarter for this, which was difficult because I love the idea so much- a detective game with so much replayability without needing new cases. However, I wanted to try it out first, to see if I would find the QR scanning annoying. This is my chance to probably regret not backing that Kickstarter in the first place. 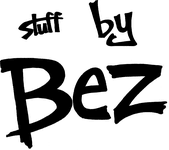 No particular game here, but if you haven’t encountered Bez and played any of his card games I encourage it. I understand he’s drawing cats now, although I have no idea what’s actually going on there.

A couple of other things- apparently there’s a big box of Agricola All Creatures Big and Small, which I love, but one of the reasons I love it is because of the small box so that’s out. And I’ll be there playtesting, and also manning the Shut Up and Sit Down stand somehow. More of that nearer the show!

So let me know if there’s anything I’ve missed, especially anything new, that scratches a different itch.